Most of us are familiar with connecting speakers to a stereo system: you pull the two conductor speaker cable, connect the red wire to the red terminal on the amp, connect the black wire to the black terminal on the amp, repeat on the right speaker, and then repeat on the left speaker. It’s all pretty simple and straight forward… and it works great for stereo audio in a single room. 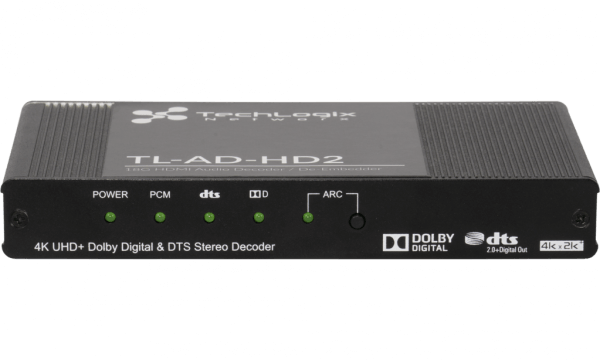 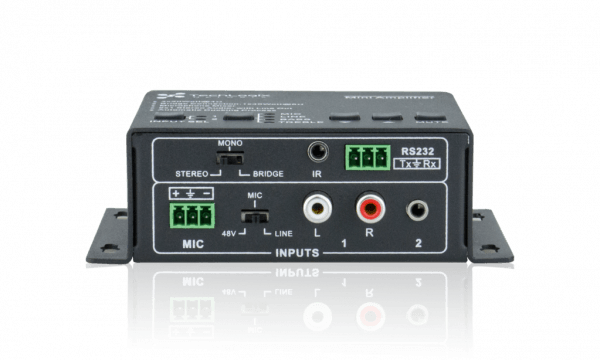 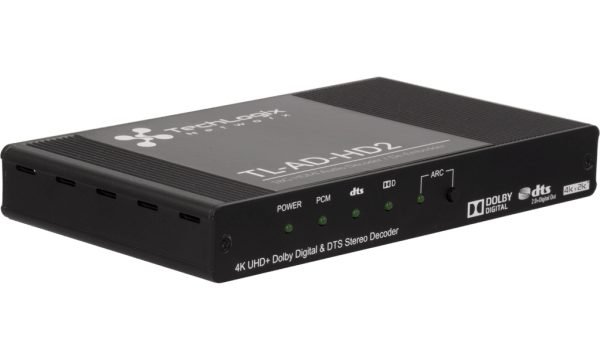 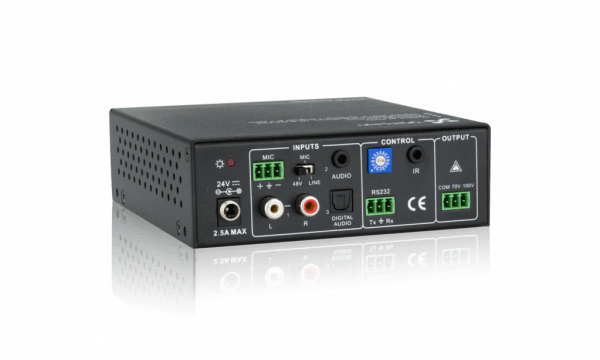 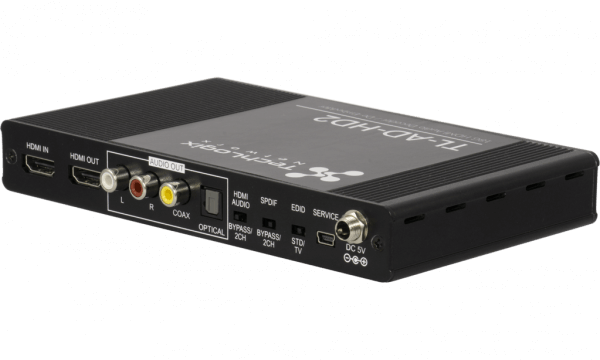 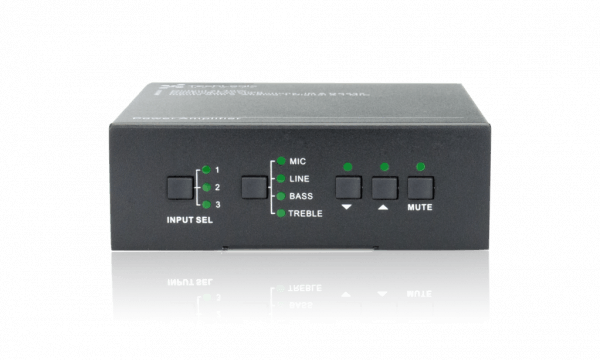 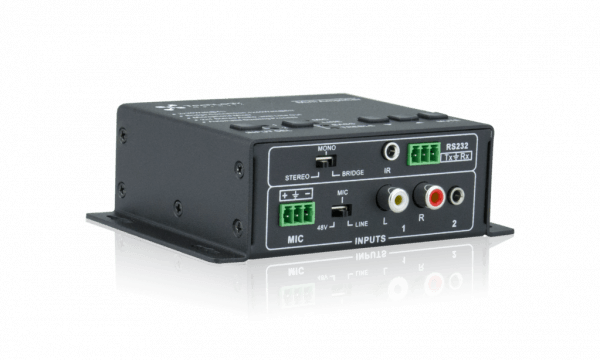 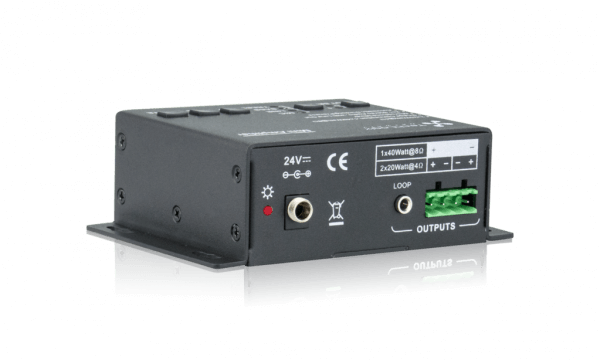 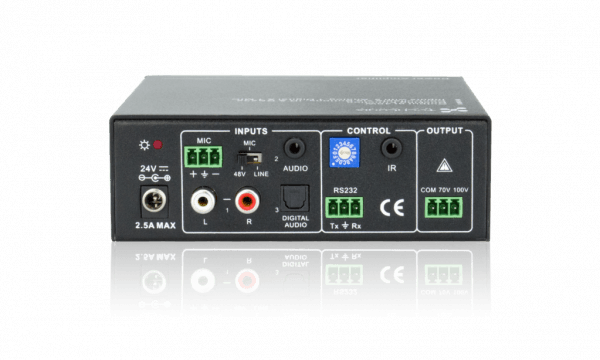 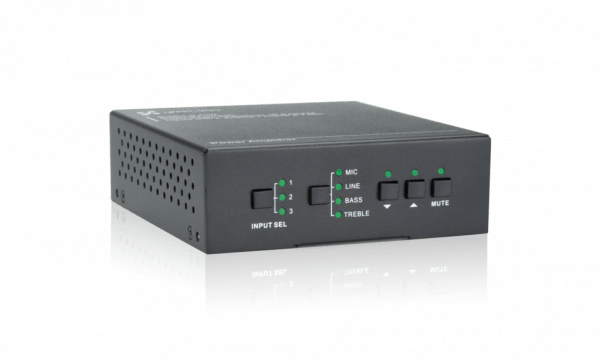 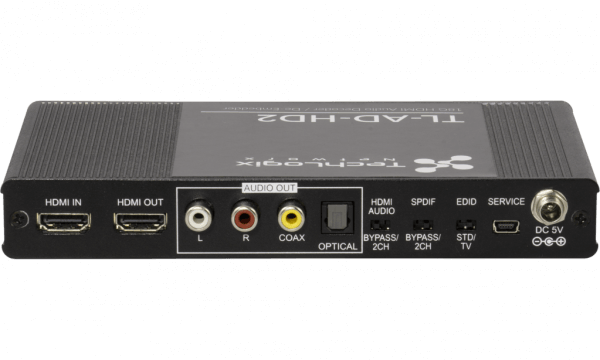 So you just installed this awesome surround sound audio system. You fire up Boston “More Than a Feeling” and listen to the pounding sounds symphony from the speakers placed around the room. The bass sounds great and the equalization is perfect. Life is good.

Wouldn’t it be great if Brad Delp’s sweet lyrics could be broadcast throughout the rest of the building? Maybe a little overflow audio into the second conference room? Good luck…

Surround sound is great for in-room applications, whether in a home theater, conference room, church, or auditorium. It’s not so great for overhead speakers or room-to-room distribution. So how do you handle connecting multichannel audio systems to traditional audio distribution?

Meet the TL-AD-HD2—it’s the greatest thing since Boston’s debut in the seventies. The TL-AD-HD2 converts digital audio to analog audio and decodes multichannel audio to stereo audio. It essentially changes your audio format so a single facility, system or building can have both a multichannel zone and stereo audio zones. 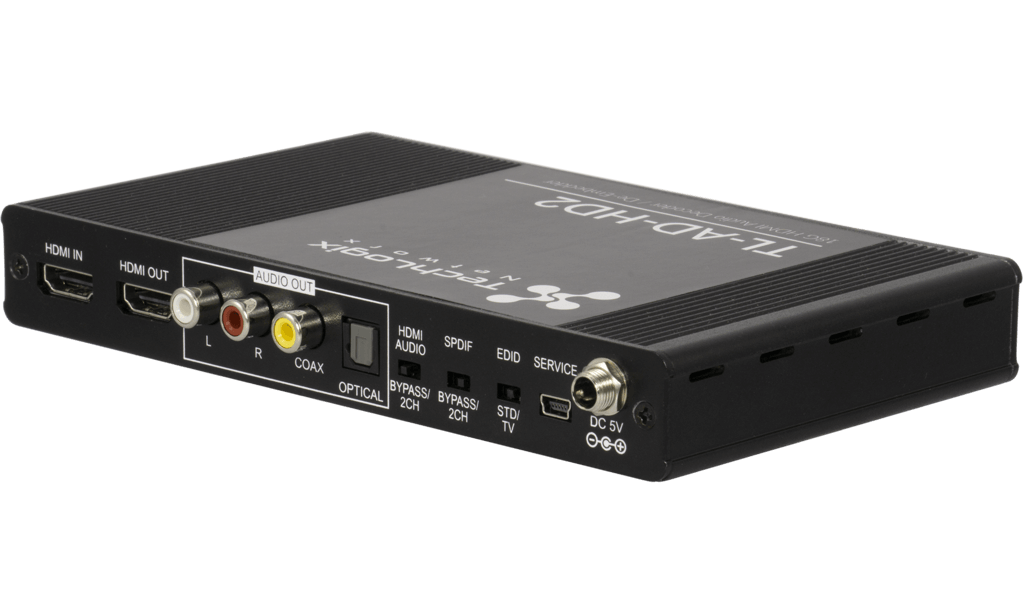 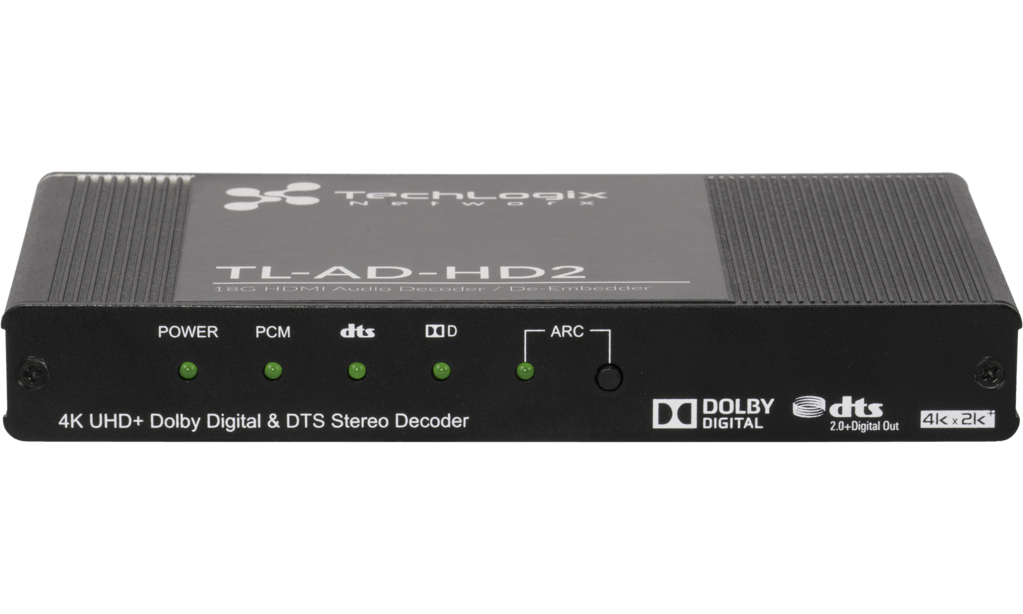 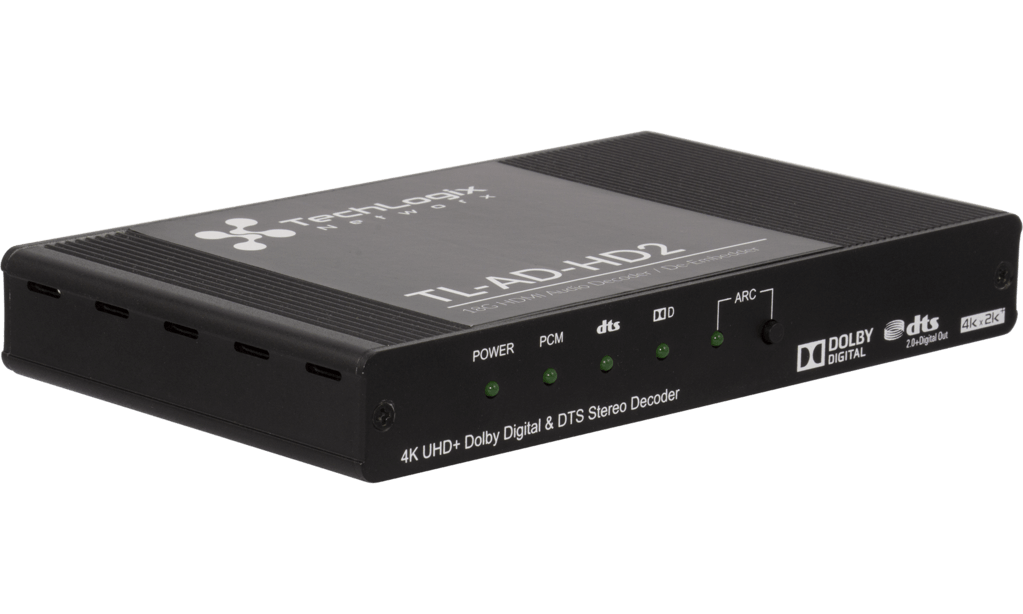 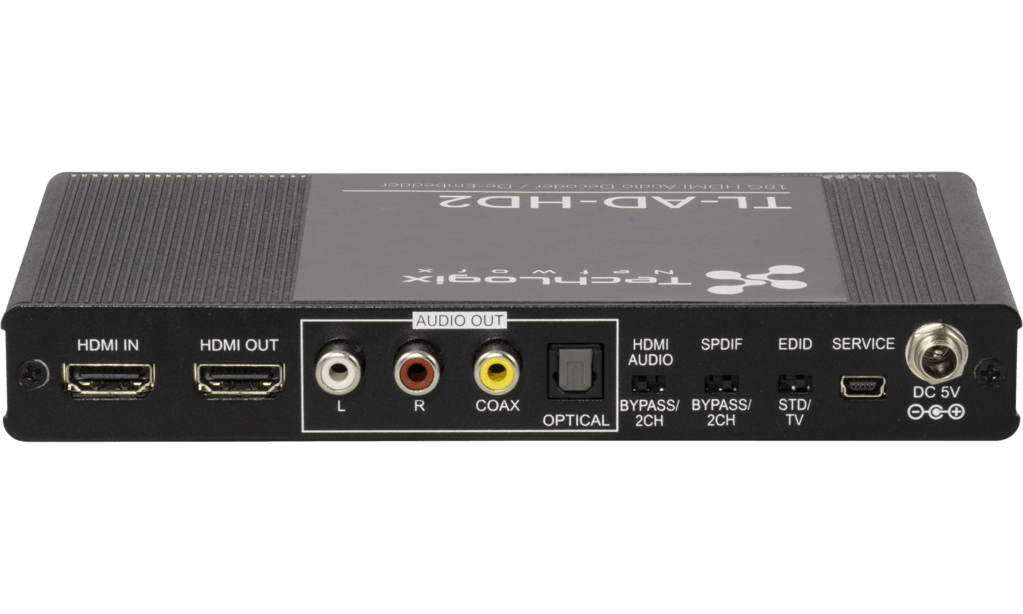 Flat panel televisions are great tools in today’s classrooms and conference rooms—costs have decreased, performance and reliability have increased, and they provide exceptionally high quality audio and video. But how do you handle larger rooms requiring projectors? Or smaller rooms with monitors that only handle video? Video without audio not only lacks impact, it also halves your message.

“Video only” projectors and displays require a secondary audio system, as do larger rooms where displays with built-in speakers simply lack enough punch.

Stereo audio amplification systems (also known as 8 ohm systems) are ideal for in-room audio distribution. Typically, these systems include a small mixer/amplifier connected to speakers with simple wiring. The mixer/amplifier connects directly to the audio source or sources (typically computers, switchers, tablets, microphones or even the display itself), converts and amplifies the audio, and distributes it to the speakers in the room.

These amps are an ideal choice for in-room mixing and amplification—it supports connections from two audio devices, allows remote volume control and equalization, powers stereo or mono speakers, and even loops out to a second mixer/amplifier or recording system for larger, more flexible audio distribution needs. 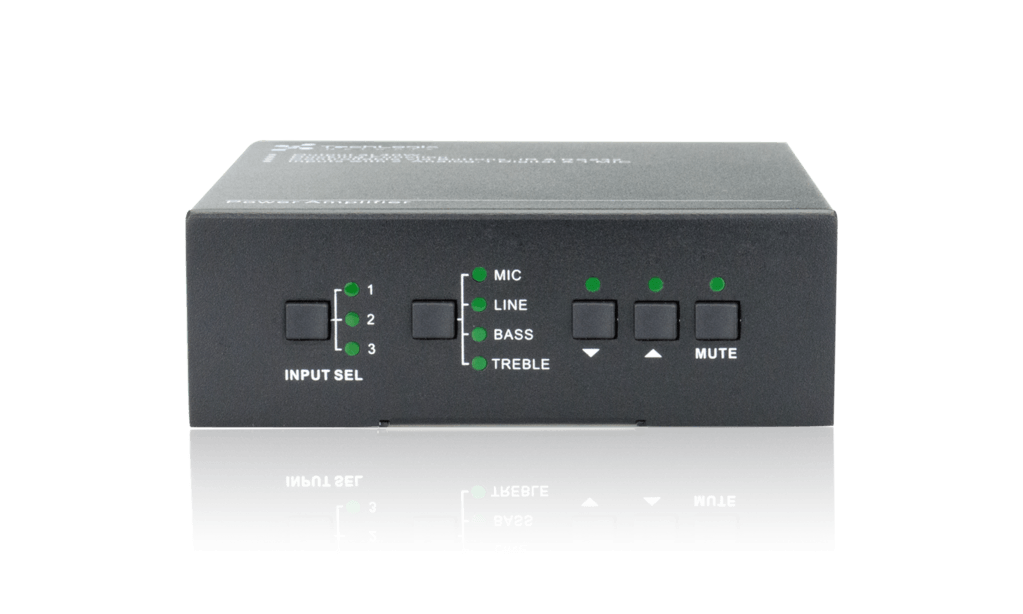 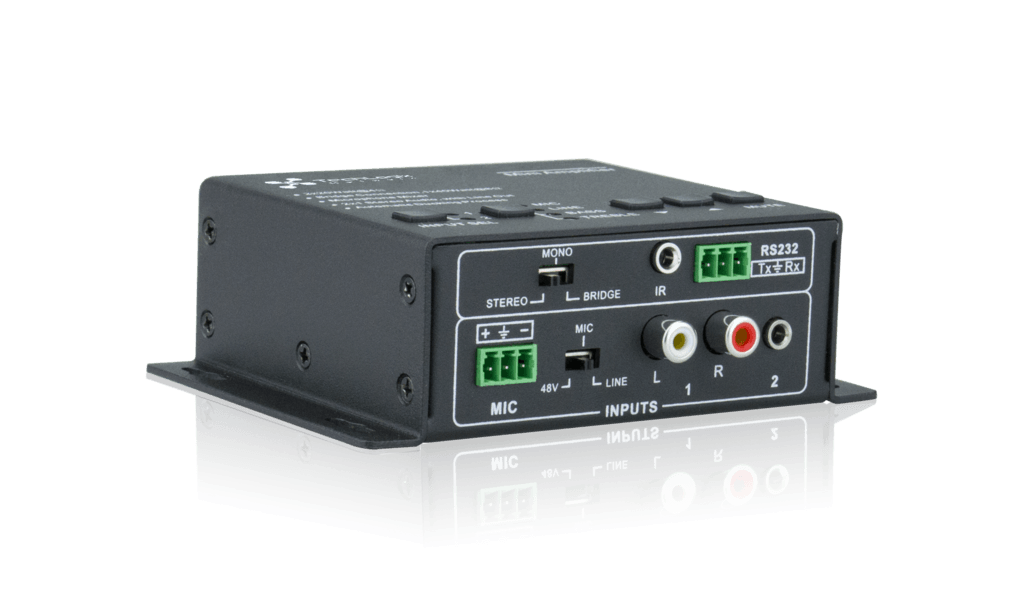 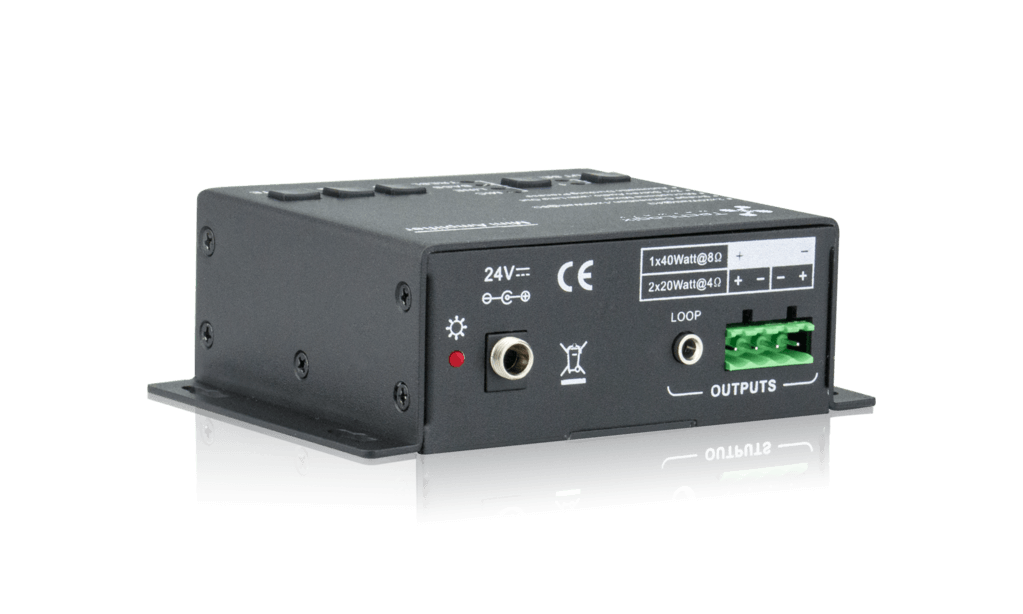 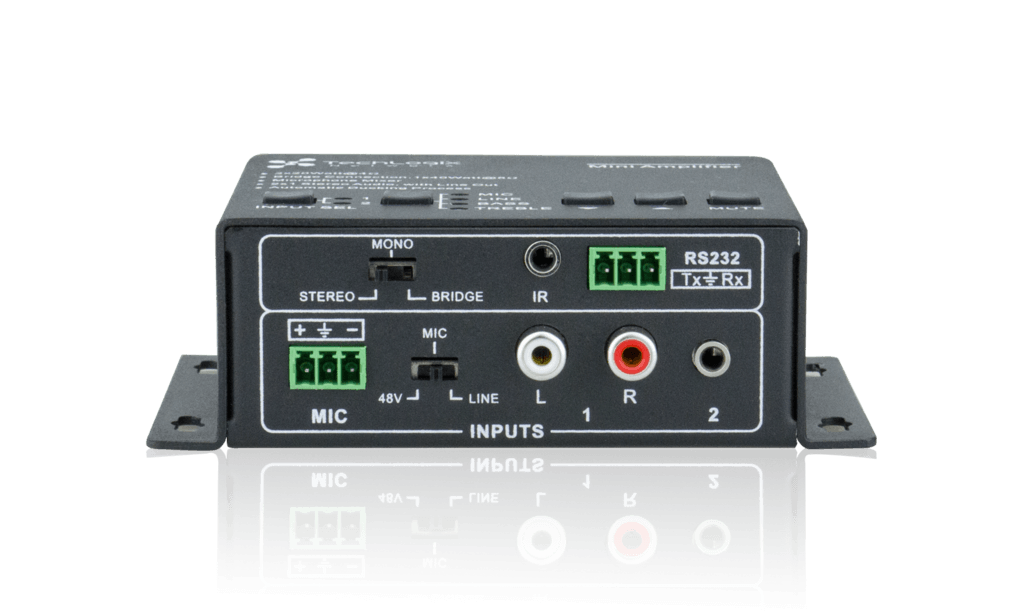 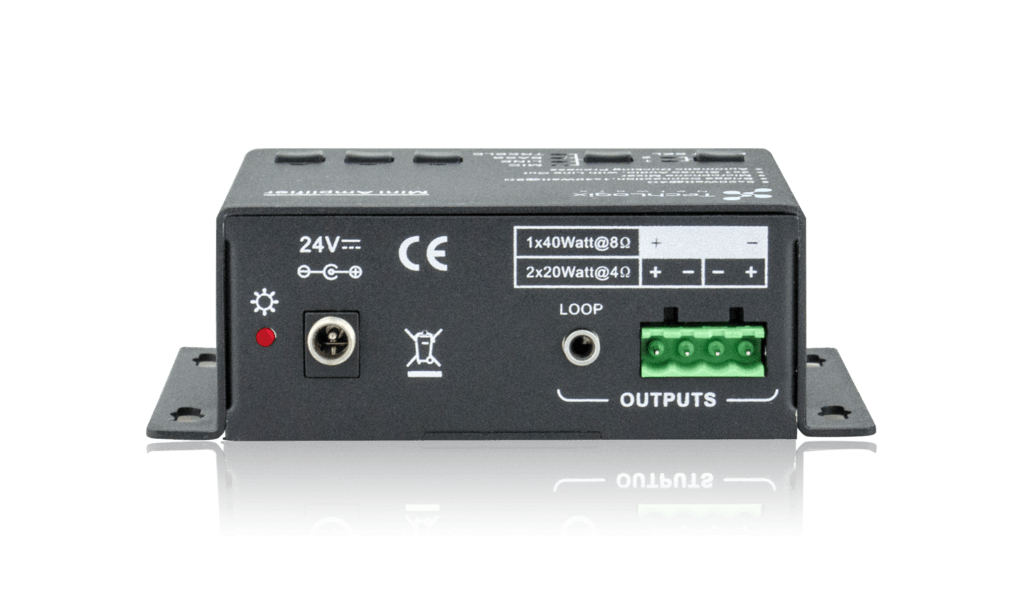 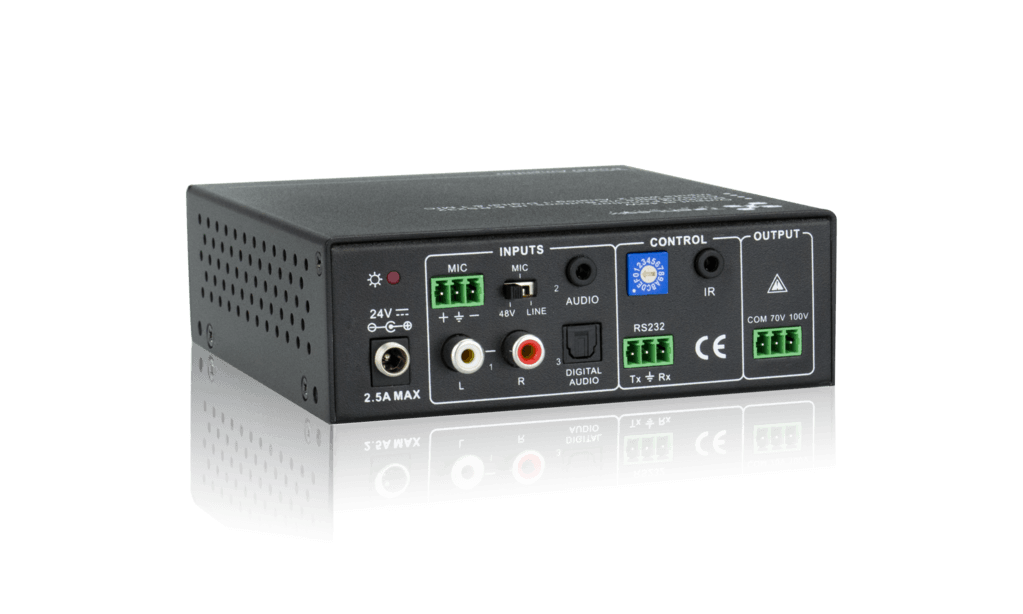 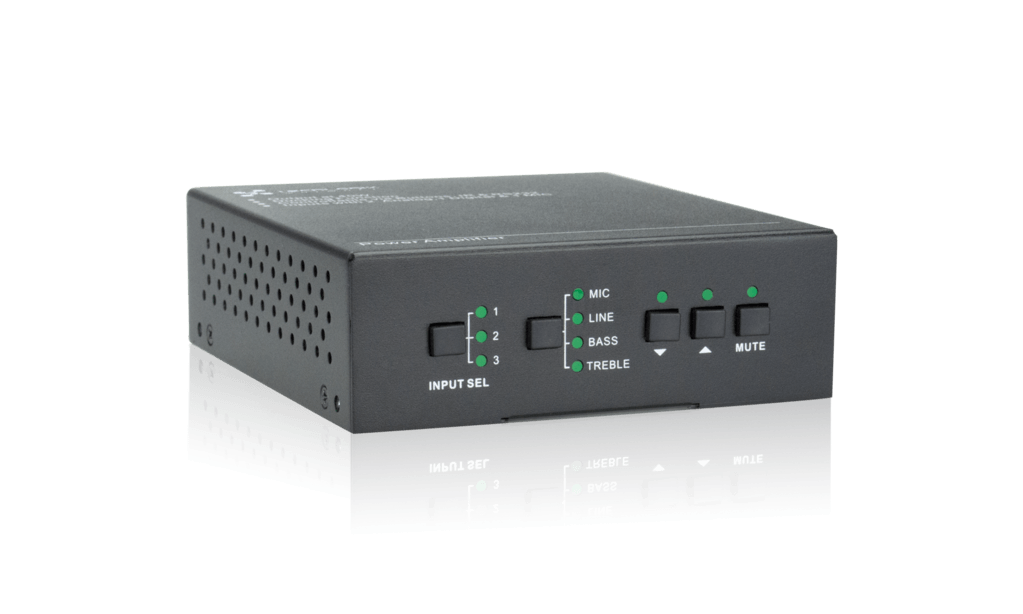 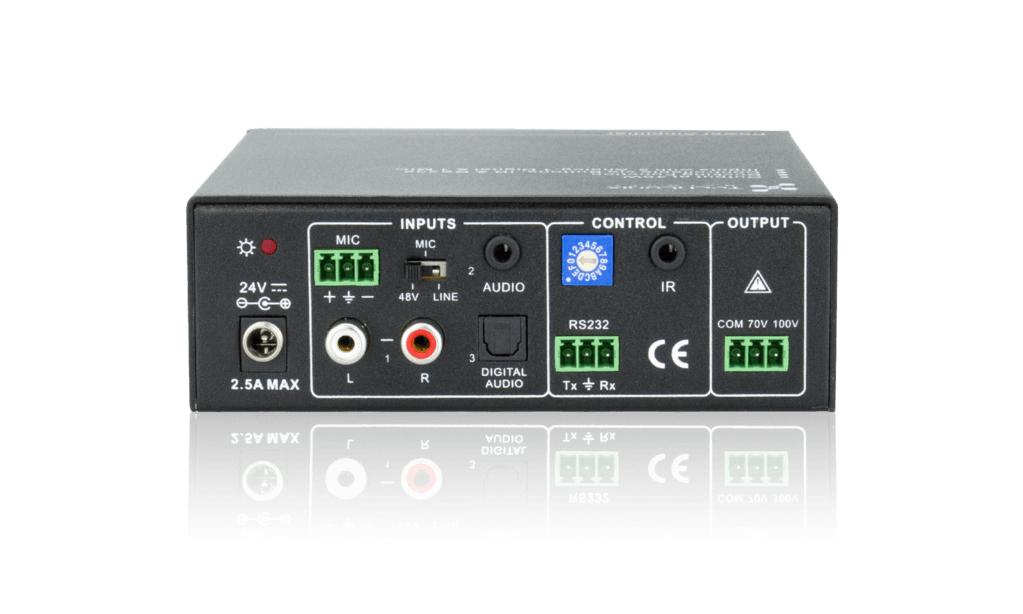